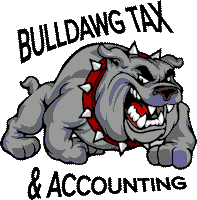 The Internal Revenue Service reminds taxpayers who pay estimated taxes that the deadline to pay their second quarter tax liability is June 15. 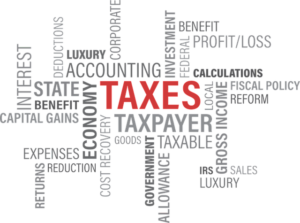 This means taxpayers need to pay most of the tax they expect to owe during the year, as income is received. There are two ways to do that:

Estimated tax is the method used to pay tax on income that isn’t subject to withholding. This includes income from self-employment, interest, dividends, rent, gains from the sale of assets,

Taxpayers may also have to pay estimated tax if the amount of income tax being withheld from their salary, pension or other income isn’t enough. If necessary, those who receive a salary or wages can avoid having to pay estimated taxes by asking their employer to withhold more tax from their earnings. To do this, taxpayers should submit a new Form W-4 to their employer. There is a special line on Form W-4 for them to enter the additional amount they want their employer to withhold.

Who must pay estimated tax?

Individuals, including sole proprietors, partners and S corporation shareholders, generally have to make estimated tax payments if they expect to have a tax liability of $1,000 or more when they file their return.

Individual taxpayers can use the IRS Interactive Tax Assistant online to see if they are required to pay estimated taxes. They can also see the worksheet in Form 1040-ES, Estimated Tax for Individuals, for more details on who must pay estimated tax.

Corporations generally have to make estimated tax payments if they expect to owe tax of $500 or more when they file their return. Corporations can see Form 1120-W, Estimated Tax for Corporations, for more information.

Publication 505, Tax Withholding and Estimated Tax, has additional details, including worksheets and examples, that can be especially helpful to those who have dividend or capital gain income, owe alternative minimum tax or self-employment tax, or have other special situations.

How to avoid an underpayment penalty

Taxpayers can avoid an underpayment penalty by owing less than $1,000 at tax time or by paying most of their taxes during the year. Generally, for 2022 that means making payments of at least 90% of the tax expected on their 2022 return, or taxpayers who pay at least 100 percent of the tax shown on their return for tax year 2021.

Special rules apply to some groups of taxpayers, such as farmers, fishers, certain higher income taxpayers, casualty and disaster victims, those who recently became disabled, recent retirees and those who receive income unevenly during the year. For more information, refer to Form 1040-ES.

Generally, taxpayers should make estimated tax payments in four equal amounts to avoid a penalty. However, if they receive income unevenly during the year, they may be able to vary the amounts of the payments to avoid or lower the penalty by using the annualized installment method. Taxpayers can use Form 2210, Underpayment of Estimated Tax by Individuals, Estates, and Trusts, to see if they owe a penalty for underpaying their estimated tax.

Third quarter payments are due September 15 and the final estimated tax payment for tax year 2022 is due on January 17, 2023.

The Tax Withholding Estimator offers a step-by-step method for effectively ensuring taxpayers have the right amount of tax withheld from their paychecks or other income that is subject to withholding.

Using the Tax Withholding Estimator can help taxpayers prevent having too little tax withheld and facing an unexpected tax bill or penalty at tax time next year.

How to pay estimated taxes

An electronic payment is the fastest, easiest and most secure way for individuals to make an estimated tax payment. Taxpayers can securely log into their IRS Online Account or use IRS Direct Pay to submit a payment from their checking or savings account. Taxpayers can also pay using a debit, credit card or digital wallet. Taxpayers should note that the payment processor, not the IRS, charges a fee for debit and credit card payments. Both Direct Pay and the pay by debit, credit card or digital wallet options are available online at IRS.gov/payments and through the IRS2Go app.

Corporations must use electronic funds transfer to make all federal tax deposits (such as deposits of employment, excise and corporate income tax). This includes installment payments of estimated tax. Generally, an electronic funds transfer is made using the Electronic Federal Tax Payment System (EFTPS). However, if the corporation does not want to use EFTPS, it can arrange for its tax professional, financial institution, payroll service, or other trusted third party to make electronic deposits on its behalf.

If taxpayers opt to mail a check or money order, they should make them payable to the “United States Treasury.”